Not sure if we have one of these yet, so I figured I would start it up. Feel free to use this thread to let people know if you're not going to be on the site for a while or to let everyone know if you're coming back.

Anyways, I think I really need a break from Nintendo Realm for a while, mostly likely a couple days, could be a couple weeks. Occasionally, I feel too pressured to post and not post stuff but today I especially feel it.

I don't see the point in going to a forum site if it's going to feel more like a chore or that I'm forced to post in a certain way just to "appeal" to bring in new audiences or get the dead members to start posting again. Yet, I've felt like this on occasions since I first joined the site.

I never joined this site, caring about keeping it alive or making it noticeable. Granted there's been things I've enjoyed about it but I've never wanted to be consider a contributor, a foundation of this forum and I still don't want that pressure. To be blunt, I never believed this was going to go anywhere and the fact it's still alive today is a miracle to me.

I don't have much faith in smaller sites like this, I hate to admit. I've been on a bunch of them back when I was a newb on the internet and they've all died out. Why should I feel differently about this one? There's other problems I've had with those sites I was at in the past but I feel that would make things come out harsh I'm only here because there's a few online friends I've known for a while, some I can't get in contact with on any other forum I know.

I'll probably come back, I just need a "vacation" from the site, some time to try and remember why the heck I'm even here in the first place. But on the incredibly slim chance I don't come back, you know why.

Honestly I don't blame you for wanting a break, lately I've noticed most feel like they are being pressured to have to post, I want that to change. This is not what this site is about, it is a small but generally friendly community for game and console fans to hang out and have fun, or at least that's what it's supposed to be. I personally appreciate your time and contributions here, even just logging in. I want everyone to feel free and to do what they want to do, always.

Take all the time you need, I hope to see you again soon. If not, then I'll understand.

Verified Member
Funny that you actually made this thread JackitK, as just yesterday I was going to take a break from the site too. The only reason I'm really online today is to explain why I won't be online for a while. A lot of the stuff JackitK said applies for me too. I just feel that the forum is starting to become a bit more unpleasant. Spiral pretty much summed up what I like about the forum, too, and I feel that's sort of being taken away.

THOUGH, to go and contradict myself here...
Nintendo Realm is a small but close-knit community. Everyone knows each other here, and those few members who take the time to visit frequently is what makes this site anything but dead in my eyes. I thought it would be okay if just one member left, but I'm worried that if two members leave, that may be a bit much for the forum. So I'll hang around for the time being. I want to be the kind of member I personally think makes Nintendo Realm what it is, rather than take that away from it.

Yeah, that break didn't turn out as long as I thought it would be... I might take some time off in the future or just be less active for a little while to catch-up on school and other things I've fallen behind on. But I don't think you have to worry about me leaving for good for a while...
F

I hope you come back soon---

Okay, I'm back.
And I'm back to making Graphics for NR and work only.
I only use the pen tool, so I don't use fractal, c4ds or pre-made BGs.
I will use renders in sigs, which you can request from me if you want.
But yeah... I'm back.
With my PS Vita as my only console until 6th Feb, which is when I will be getting a Wii. Not a Wii U, a Wii.
F

Thanks. I just have so much free time now due to my upcoming operation, that I thought I would come back here

Verified Member
Just wanted to give everyone a heads up that i will be gone from May 1-May 20. Going to visit some friends in South Carolina for a much needed vacation. I will have my laptop with me, but i most likely won't be able to just be online all day as we will be doing stuff. So until then, i'll still be on here until the 1st, but when i return, i'll update this thread.

Verified Member
Have fun & bring me back some vacation mellow mun. xp
F

have fun!! text/tweet me if you wanna chat 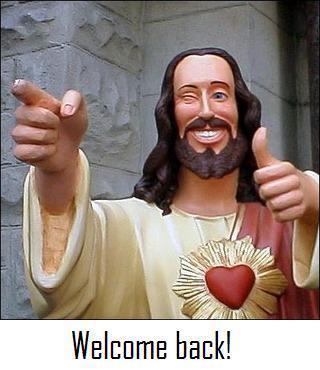 Welcome back Samus! How was SC?

Verified Member
Welp, I'm leaving today with family out of town to an Amish community; I'll be back in two to three weeks depending on family. ^^; xD Later. ^^V

queenzelda said:
Welp, I'm leaving today with family out of town to an Amish community; I'll be back in two to three weeks depending on family. ^^; xD Later. ^^V
Click to expand...

Sounds like an interesting experience, have fun!
You must log in or register to reply here.
Similar threads