What does your name mean?

We Live Life Forward, But Understand It Backwards.

Verified Member
In this thread post below what your name means ! 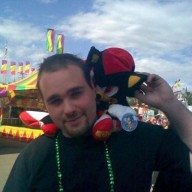 Verified Member
My real name is Ridge, but it sounds like a code name so I'll use it most of the time.

When I first made my Gmail account I was in the middle of FFX and Ridge@gmail.com was taken. So since I thought Sir Auron was so cool I just threw a Sir in front of my name and use that from time to time.

Verified Member
I got sick of using stupid monikers online as I got older so I was just like, "Parts of my actual name!" But not my last name for obvious reasons.

And avatar, and display picture... Haha


Jason Alan said:
I got sick of using stupid monikers online as I got older so I was just like, "Parts of my actual name!" But not my last name for obvious reasons.
Click to expand...

I'm another person with my actual name as my username. I think there are more people like us on smaller sites like Nintendo Realm because there are less users and most names are still available to be registered.

Verified Member
My name's Will, so I randomly chose 'Wilbo' for no particular reason haha

Verified Member
As I said in my into topic; "Cause of an anime I love called Dragon Half, where in it the lead is a Dragon Half. So I came up with Pikahalf because I'm such a huge Pikachu fan. =3"

Pikahalf said:
As I said in my into topic; "Cause of an anime I love called Dragon Half, where in it the lead is a Dragon Half. So I came up with Pikahalf because I'm such a huge Pikachu fan. =3"
Click to expand...

Well that shattered my imagination of seeing you as only half a pikachu because you only half like it.
But the signature is a nice touch and it keeps my dreams alive.

I've been using the username TyranBrûlée more often, although most of the time I leave the accents out of it because typing them is a pain in the pooper.
It comes from my previous username, LaTyrannia. I mentioned this before, but for the sake of the thread, my real full name is an anagram for The Tyrant. It was a nice concept but I didn't like the looks of it, so I used my favorite Neopets "country" or whatever, Tyrannia! Because I love dinosaurs.
And then put La because idk.
Then people started calling me Tyran as a nickname for Tyrannia, and one of the admins of a forum I frequented(now my boyfriend, haw) called me TyranBrulee. I liked the sound of it so I kept it.

Verified Member
My username is something I came up with due to my being such a huge Legend of Zelda fan, I know that Zelda is always seen as Princess in the game but one day I'd like to hope & see her as Queen thus my user name; queenzelda.

On other forums I just go by the name 'queen' though. :3
C

Mine is Time-Eater.
W

Jetstar is the persona of Ray Toro during the Danger Days era of My Chemical Romance and March 22 (322) is the date the band broke up. Don’t listen to them much anymore but still love them and the genre.

Some people, especially from Asia countries like to convert their names into zodiac signs meanings. I've heard that my name can be converted and related to aries zodiac traits sign, or something like that. Some people even think that their names can affect on some situations of their future life.
Last edited by a moderator: Apr 13, 2020
T

It's from one of the stages in Splatoon 2.
L

My name is Issac and it means Laughter.

Crow as in the graphic novel black as in my favorite color
You must log in or register to reply here.
Similar threads