What Movie did you LAST watch?

Last movie I watched was V for Vendetta.

Verified Member
I recently watched The Hunger Games. I still think the book by Suzanne Collins was better because the movie sorta "blocked things out" and it changed a few parts of the story 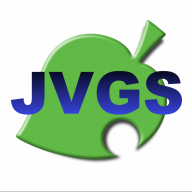 Watched the expendables 2. Not as good as the first in my opinion.

Verified Member
Went to the cinemas for the first time in ages and saw Star Trek Into Darkness.

I... think I liked it? It was basically Wrath of Kahn again with more death and explosions. It certainly wasn't what I was expecting, and was much more of an action movie than the other stuff I've seen from Star Trek, both from the original series and Next Generation.

It's kind of weird. I can't tell if it went too far with it's attempts to up the stakes significantly, or if it didn't go far enough what with sticking to a story that's already been done. Despite all that, holding it up on it's own merits, it was a very entertaining movie. It was just an odd combination of classic Star Trek and modern action movies that left me a little confused when watching it. I think I'd enjoy it much more a second time, if I was in the right mindset before watching it. So yeah, it was good. I enjoyed it. I think.
F

Me: Mission Impossible--the first movie from 1996, and I'm currently watching the 2nd M:I movie
(GLAD they're all on Netflix)
F

tried watching DOUBLE DRAGON the movie---yeah, there's a movie, and it makes the Mario Bros movie look like Hollywood gold!

Saw Star Trek Into Darkness. As a long time fan of Star Trek, I could sit and nit pick and bemoan how my beloved world has been horribly mangled by the fiendish JJ Abrams, but instead I'll just say it was an entertaining action/sci-fi that pays homage to one of the greatest shows of all time (more of a Next Gen fan, personally, but the original was groundbreaking).
F

(which was the inspiration for "Chip and Dale's Rescue Rangers)
C 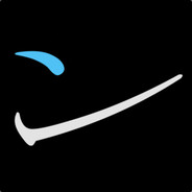 Verified Member
Watched Dredd once again,
it's just to good.

Must have seen it over 17mtimes now.

Verified Member
Watched Dredd once again,
it's just to good.

Must have seen it over 17 times now.

Verified Member
Watched the new Liam Neeson movie, Non Stop, this weekend and it was amazing!!!

Verified Member
Went and watch Divergent this weekend. I was too impressed although an enjoyable movie. It was a great concept, but I believe they should have made the movie so much better than it was.

Main point being, I will be somewhat excited to see the sequel in hopes they make it what this one wasn't.

Sent from my SM-J337W using Tapatalk
You must log in or register to reply here.
Similar threads